Africa, as in other parts of the world, there are many traditions
which the fore-fathers instituted.  Some of these traditions
are good in that they tend to guide the people to
maintain law and order in the communities.


Some are actually bad and are being rejected, especially by the civilised society, the Islamic and Christian societies. These bad beliefs and practices were instituted in the olden days, mainly due to ignorance and superstition but are still practiced today in some communities with strong enforcement.

Ill-Treatment of Widows.....Areas of bad cultures, in Africa, which affect women most are where widows are made to shave their head and move about in complete black clothing everywhere they go for one year. This is a compulsory act of respect for the dead husband which the widow must carry out whether she likes it or not. In fact this is practised in almost every community in Africa, the civilised groups are making effort to modify it so that the widow may not shave her head but should mourn the dead husband in black clothing, and some places white clothing for only six months. But this modification is rejected in many communities where they demand full observation of the mourning right.

Widows To Drink Water Used To Wash Dead Husband….. In some communities widows are subjected to some wicked belief where they are told to drink the water used to wash the dead husband’s body. The reason given for this is to show that she is innocent of the husband’s death. If she did not die within certain number of days after drinking the water, that will exonerate her from killing her husband. Of ‘curse, this act is being kicked against by the religious groups but is still practised in many communities with strong enforcement. Any refusal by the widow to carry out this part of the culture is met with grievous punishment, including madness. 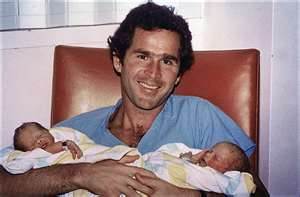 Killing of Twins…… A little child is not only precious to behold, but also one among the beauties nature bestows on mankind; a child is therefore a wondrous creature and as such ought to have some dignity attached to his or her personality. Among the Yoruba people of Nigeria, twins are called ibejis after Ibeji. People believe that, depending on how they are treated, twins can bring either fortune or misfortune to their families and communities. For this reason, twins receive special attention. Also, in some parts of the Ivory Coast, twins are also said to be able to stop the rain and are often called upon when there are manifestations or events and the weather turns inclement. In Guinea and in the Ivory Coast, when one twin is getting married, the other is also treated like the bride.


Unfortunately, not all communities share favourable superstitious belief about twins. Some communities believe those twins, or any birth exceeding one at a time is an abomination and that the twins should be killed as soon as possible. In most cases a sacrifice should be carried out by the family to appease the gods. It might surprise you that this horrible and wicked practise still exist today in many parts of Africa with strong enforcement. I remember where I used to work in south southern part of Nigeria. A young man was telling us that it should not be heard or spoken that a twin is born in their place. I told him that I love twins but he told me not to speak it outside because it is abomination. I was surprised, but he was defending the practice with strong confidence, even boasting about it….I wondered, how can culture be this wicked?

In the Calabar region of Nigeria, killing of twins was practiced strongly but the good old Mary Mitchell Slessor, a Scottish Missionary to [Calabar] Nigeria, fought strongly against it bringing the practise to a stop. When she started the fight against the killing of twins, people called her names, regarding her as eccentric but she determined and brought the killing to a stop.


First Daughters – Not Allowed to Marry….In some parts of Africa, first daughters are not allowed to marry They are to stay in the family to reproduce in other to perpetuate the family name. This is mostly practised by the Ikwere, Ogoni, etc. tribes of Nigeria. Even as the Christian groups are fighting against this practise, the traditionalists still strongly enforce it.

…..Just take a simple instance of where a young girl finds a handsome man of her choice that she wants to take as her husband. The parents say she must not marry the man because the custom is that she must not marry [as she is the first daughter who must not marry]. She refuses, and she is castigated, even cursed with madness…..


The above mentioned are some examples of bad cultures [More in later posts] which were ignorantly instituted in the olden days by the fore-fathers. Not only that these cultures are bad, but that some wicked and evil men trickily hide under its guise to oppress the weak.
I am not writing this to make it look like Africa is so bad a continent or her countries so bad a place to live. But we should look into the bad cultures and make effort to stop them. These bad cultures not only cause grief and sadness to the people, but they also portray Africa as a primitive, if not wicked type of race.

Take the case of castigating a healthy, energetic person to madness. This act is so shrouded in secrecy by the traditionalists. False stories are told about the poor fellow so that people will treat him/her as mad, ill-treating him, even using all sort of witchcraft on him. Eventually the poor fellow falls sick or loses control of self. Why should we have cultures that bring unhappiness to the people or maintain cultures that allow people to use for wickedness?