OSU Caste System has refused to go away in Africa despite the impact of Christianity, Education, Civilization and the Human Right Acts Culture.
Osu caste is not practiced only in South Eastern Nigeria and Southern
Cameroon, as many people believe, but is present in most African
countries though the belief and degree of discriminatory
treatment defer from countries and communities.

The Osus are people historically owned by deities, and are therefore considered to be a 'living sacrifice', an outcaste, untouchable and sub-human (similar to the Roman practice of homo sacer). This obnoxious practice dates back to hundreds of years ago when criminals, slaves and mostly war prisoners from neighbouring towns were dedicated to deity gods. They will be taken as slaves and put in shrines to worship and serve their gods. These prisoners marry themselves and bear children and children’s children who are also castigated as Osu.

.....I am writing this, not because it has not been written by some writers before, but as a contribution On my own part towards ‘Change’ from Bad Cultures witnessed in Africa. Legally today, in Nigerian constitution, OSU system has been abolished but deep in the minds of the so called Free-borns the Osu System still makes big meaning . And the Outcastes still carry this stigma with them especially when it comes to Big political appointments or elections[used by opponents during selections] and life meaning events like Marriage.

In South Eastern Nigeria, there are traditionally two classes of people, the Nwadiala and the Osu. The Nwadiala are the free-born and literally, they are the “son of the soil”. The Osu are the slaves, strangers, unclean, untouchables and outcasts. The Osus are treated as inferior human beings and kept in a state of permanent and irreversible disability; they are subjected to various forms of abuse and discrimination. They are made to live separately from the freeborn; they reside very close to shrines and market places.The Osu are not allowed to dance, drink, hold hands, associate or have sexual relationship with the Nwadiala. They are not even allowed to break kola nut at meetings or pour libation or pray to God on behalf of a freeborn at any community gathering. It is believed that such prayers will bring calamity and misfortune. 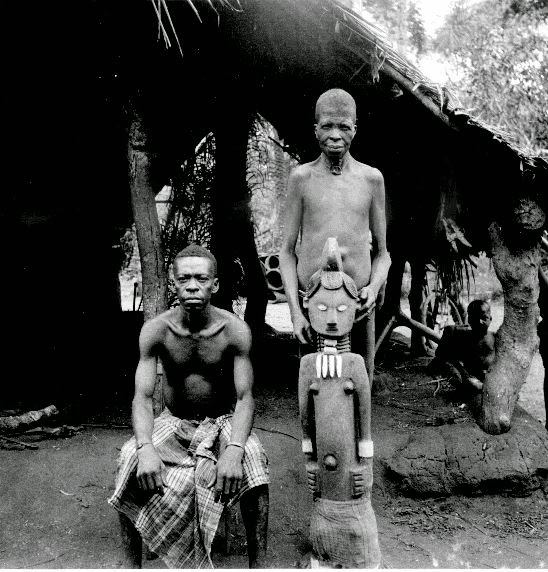 In 1956, the government of the then Eastern Nigeria passed a law abolishing the Osu caste system. The law freed and discharged anybody called Osu including the children born to such a person. It declared the practice unlawful and a crime punishable by law. But unfortunately, more than 50 years after the enactment of this legislation, nobody has been prosecuted or convicted for breaking the law.

Just recently I travelled to the village, I sat with some village members discussing. There passed this beautiful young girl, tall, very fair and beautiful, I noticed her and said that I remember this girl, she has grown so beautiful. We all laughed and many agreed with me but there and then they remarked that she is from an Osu family. But I corrected that it doesn’t matter in life of today, That it is a thing of the past. They vehemently stood that it is still strong in the community and any free born that marry them is also castigated as an Osu. I was surprised to hear this because I believed that people have long forgotten this Outcaste issue.. Even among learned friends, I mean, Doctors, Engineers, Lecturers [ I will not mention names] they still strongly believe in this Osu practice and discuss it with utmost seriousness.
.....What is Osu, or rather, who is an Osu? Anyone could have become an Osu because from the derivation, ‘A war prisoner’ could be anyone. I mean, during wars any side could win and take the other side as prisoners and make them Osu. In the old testament Bible, the Israelites [for example won wars and sometimes they are defeated and taken away as prisoners though they were mighty and favoured by God. In history, we heard about mighty Persian empire [550 – 330 BC] that was later defeated and brought to fall. Also the famous Oyo empire. What are we saying in essence ‘’ In wars, any lucky side could win no matter how mighty or strong you may be. So why do you think you are too special or too important than the so call Osus just because God favoured you and you did not fall among the war prisoners of the old.

I will say it was Ignorance that brought about the Osu. Same with Slavery, Eunuchs, Killing of Twins, etc. But today we should come to accept change. Leave Pride and selfish interest behind and do what is right. In the past, Slavery was a legal trade, a legal source of income for countries and individuals. This was stopped due to change. Before the 19th centuries, eunuchs were very legal. Infact, any family that will produce an eunuch is a blessed family because he is going to leave in the kings palace, even if it is to serve as a slave. All these are stopped today due to Change.

Many people are enjoying today in Africa and all over the world due to the stoppage of Slavery. You can move about freely, get good education, get good home, good life because you no longer have to fear of being captured, sold and maltreated as a slave;  Many Widows in Africa today enjoy their freedom of life because of Change. They now have their human rights, have their belongings not taken from them and no longer have the fear of being forcefully asked to marry one of the husbands’ kinsmen; Many families are enjoying their Twins, Quadruplets, etc. today. They no longer have to fear of their children being killed.

There is even one issue that has just come to my mind, the case of Insanity. There are many insane people roaming the streets of Africa today. Are all these people really insane or is it as a result of some maltreatment or stigmatization meted on them, and brought about by some old cultural wrong belief. No one seem to notice or talk about it. Maybe, because of fear of being victimised or killed. Although, people don’t concern themselves with problems, however bad it may be unless, it affects them. I think it is bad, need to be looked into, discussed and abolished too.

.......People are stubbornly so wicked that any little excuse they have  to oppress or suppress the other, they want to hold that so tight not to let you go. Most of these so called Osus are, Education wise, very much educated than the free-born; Business wise, progress and very much richer than the free-borns; etc. So, why are you so proud that you cannot allow Change when even the ‘gods’ blesses them more than you.


Equality and Diversity is going on around the world today. Gender equality, Racial equality, Age,  disability, Religious equality, etc. It is all about ‘creating a fairer society, where everyone can participate and have the opportunity to fulfill their potential’. Eliminating prejudice and discrimination, thereby, allowing a healthier and happier society.

It is all about CHANGE. And Change is what we need in Modern Africa. We should put aside Pride, Anger, selfish interest, etc and bring about good Changes in our society if Equality and Diversity is to yield desirable fruit in Africa.  The courageous fight of the good old Abraham Lincon and William Wilberforce who stood strong and abolished Slavery; The courageous work of the good old Mary Mitchell Slessor, who fought strong, among all odds, to abolish The Killing of Twins in Nigeria, etc. should not be made to waste.